Smartphone Adoption Among Traders in Kenya and Uganda 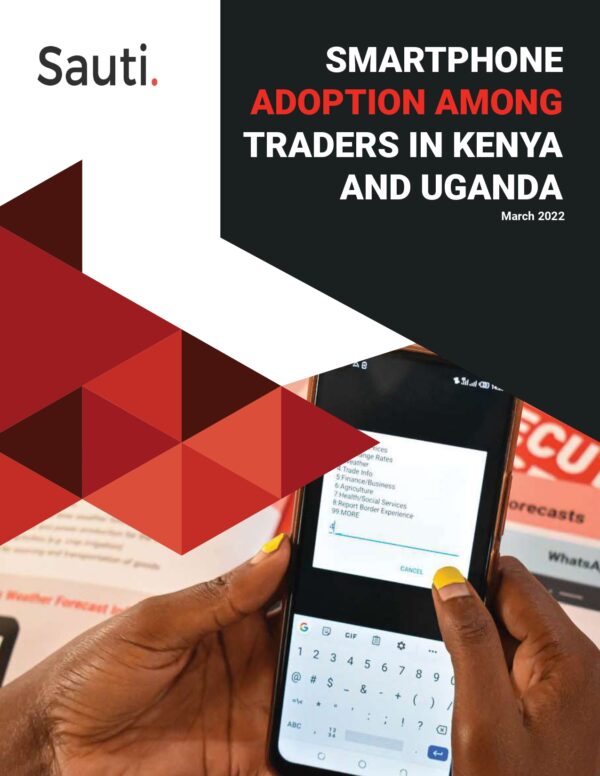 Despite the growth of smartphones among Africa’s urban populations, traders often operate with basic feature phones. This report details findings from Sauti East Africa’s surveys of smartphone access among Kenyan and Ugandan traders. 4,136 participants were surveyed in Kenya and 1,334 in Uganda. Participants were selected from users of Sauti’s market and trade information platform.

The data highlights that a significant majority of Kenyan and Ugandan traders are using basic feature phones for their business activities. While there may be some opportunities with specific demographics, smartphone penetration among all trader sub-samples was still found to be relatively low. Moreover, the data highlights the vastness of the digital divide among Kenyan and Ugandan traders and traders’ limits in technological capacity to access digital resources – which often require internet-enabled smartphones. Development programming and digital innovations must consider these limits when designing regional trade facilitation solutions.

READ THE REPORT
EXPLORE THE DATA

Have a specific question about how our data applies to you? We're always ready to discuss how you can embed our insights into your programming or research!