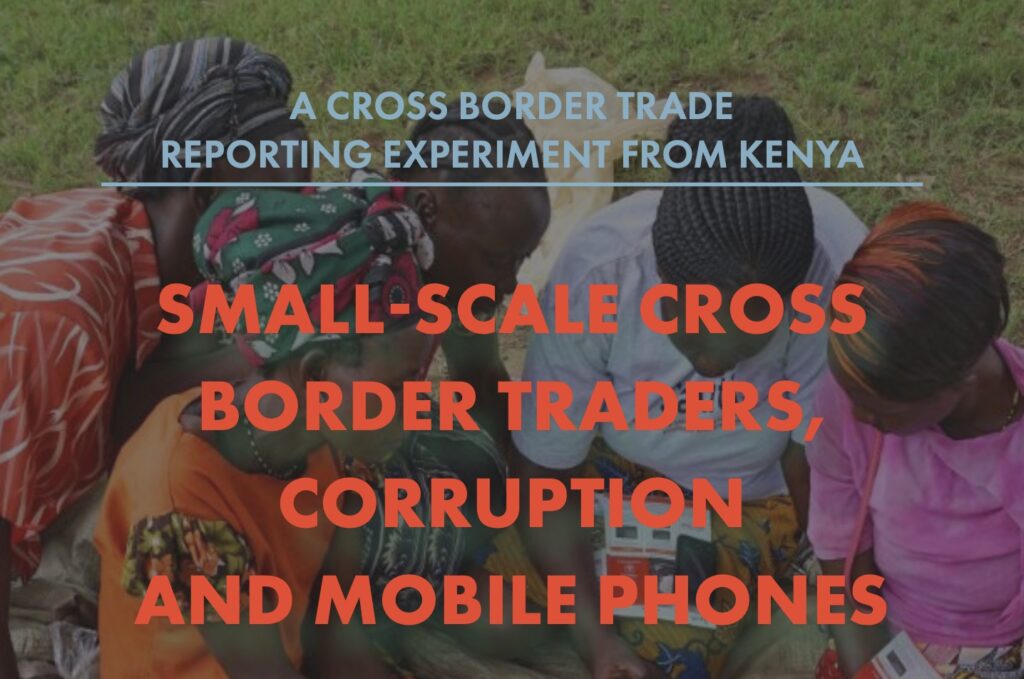 Sauti is pleased to announce the publication of results from our research in partnership with UK Aid Direct, Busara Center for Behavioral Economics, and Columbia Climate School under the Global Integrity Anti-Corruption Evidence (GI-ACE) programme.

The project explored incentives for corruption and harassment reporting and the feasibility of crowd-sourced data and mobile technologies to support community monitoring of border management. The project was supported by Sauti Collect, where we provided an end-to-end USSD data collection and management system, to collect gender-disaggregated and product-disaggregated data on corruption and harassment at informal borders.

The findings from the report highlight;

Mobile phones present new opportunities to support cross-border traders in Africa in addressing corruption and harassment. This paper describes an experiment involving traders using a reporting feature on mobile phones to provide data on cross border experiences. Traders answered basic questions around payments, waiting time and overall comfort level of one cross border trip each week. Two hundred and eighteen traders were recruited to participate and received remote onboarding in June 2021. From April 17th to 3 September 3rd 2021, we collected and tracked data from the reporting feature on a dashboard. We also conducted two surveys of all traders: one early on to gauge initial problems with using the platform and a final exit survey of users and non-users of the reporting feature. One hundred and ninety-nine participants stayed in the study with 87 becoming users of the reporting tool (44%) and 112 or (56%) who did not. Younger, more educated traders had a higher likelihood of using the reporting feature, suggesting more training and support would boost participation. Towards the end of the experiment, a core group of users were reporting in a regular, sustained way. Besides being too busy or forgetting to report, non-users explained barriers to participation including misunderstandings around compensation and/or the mistaken belief that reporting entailed costs. A majority of all traders suggested that compensation or exchanging useful information from other traders would be necessary to incentivize sustained reporting. Dashboard data was useful, revealing dynamics around corruption that need further exploration (bribes are lower at informal borders, the average bribe men reported is higher than that reported by women, higher value goods tend to lead to higher average bribes). Useful information could be extracted from crowdsourced reporting and when coupled with interviews, give a more refined view of corruption and harassment dynamics. Finally, the vast majority of traders were positive about continuing to report and further explore how to use the data for community monitoring and related social accountability interventions. This included direct rating of border services by traders as a means of putting on pressure to reduce corruption and harassment.

Sauti is enthusiastic about the future direction of the region and is excited to contribute to inclusive development in the region.

For any questions on our data please contact info@sautiafrica.org.