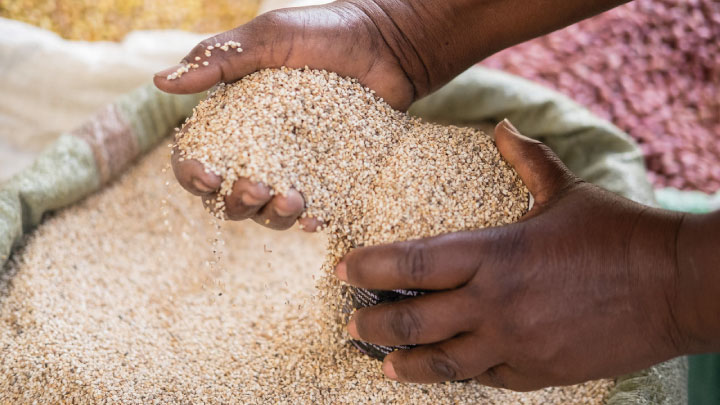 In Kenya, eliminating gender-based inequalities and advancing women’s equality could result in an increase of as much as 4.3% of the country’s GDP growth followed by year on year increases. Women are major actors in the informal sector of the Kenyan economy and this fact was recently supported by the Kenyan government statistics that indicated, women own almost 48% of the 1.3 million micro, small, and medium size enterprises (MSMEs) in Kenya. Women provide over 85% of labour in the agricultural sector.
According to the Kenya National Bureau of Statistics (KEBS), most male owned establishments are licensed, while most female owned establishments are unlicensed. Specifically, 31.7% of unlicensed MSMEs were male owned compared to 61.0% of unlicensed establishments which were female owned. This raises concerns as to why women in Kenya are concentrated in unlicensed businesses that are mostly micro and informal in nature compared to men.

Sauti, in consortium with Partner Africa and TruTrade, have been tasked with implementing a project under TradeMark East Africa’s Women in Trade Programme to tackle the needs of women in agricultural trade in Kenya. TradeMark East Africa’s Women in Trade (WiT) programme seeks to contribute to the greater inclusion of women in trade as one of the pathways to increased business competitiveness and increased trade across East Africa, and beyond. Sauti and consortium partners present strong leadership in assessing and addressing the needs of women in agricultural trade in East Africa with innovative solutions, such as mobile-based trade information platforms, integration of small-holder farmers into sustainable digitized value chains and structured ethical audits that will aim to improve the policy and regulatory environment for women in trade.

Sauti is excited to be working on this project that targets 8,000+ women traders, farmers and women led businesses across Kenya. As part of the project, Sauti will be taking the lead on increasing participation of women traders in select sectors through the expansion of its digitized platforms. This includes expansion of the information content to be shared on both Sauti’s existing SMS/USSD platform, and on Sauti’s new information service via business WhatsApp. Sauti will be expanding its information content offered to include agricultural information, local social support services, financial services and market linkages in addition to the existing information content areas already offered on Sauti’s SMS/USSD platform. Access to this information will equip traders, farmers and businesses with knowledge that can support their day to day business activities and as a result, support increased trade volumes and profits.